Into the Future or back to the future.

I was born in 1960. I am a child scarred by the dreaded word “inflation”. It was a word that for many years was part of family meal time narratives, school playgrounds, the front page of every newspaper and blaring out from the TV and radio. Between 1973 and 1975 inflation was double digit and sometimes as high as 25%. It is stamped in my consciousness. Still today.

When I was at university, I remember the main commodity from which the Mark Clubb inflation index (MCII) was based was beer. Over the 3 years I was there it doubled…even in the Student Union bar. Other essential student essentials such as rent forced me into a squat. Something had to give. 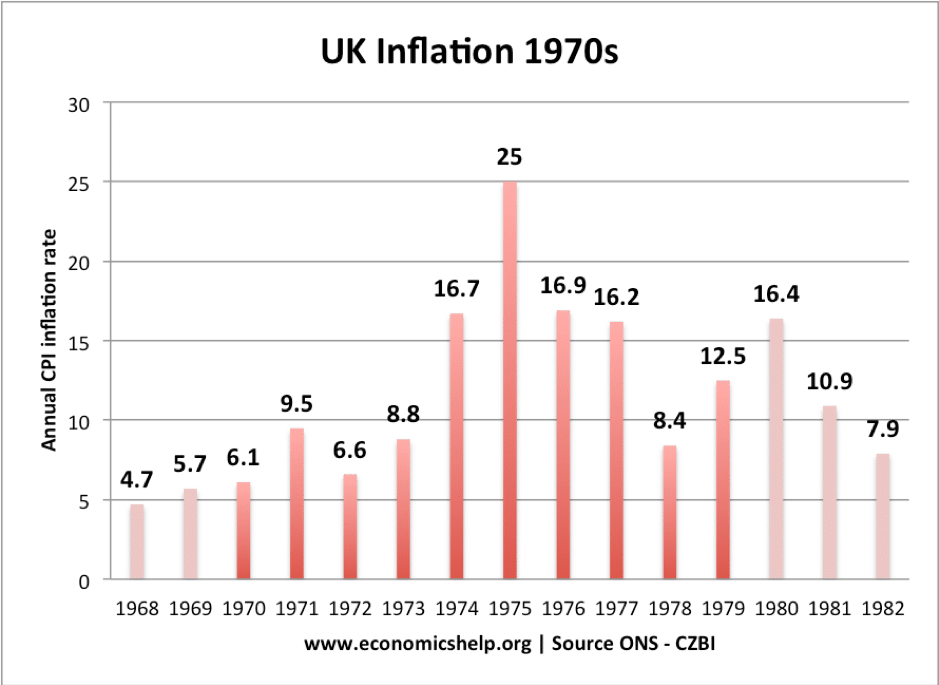 In the ultra-short term, it is very evident that we are in a big deflationary period. Record low oil prices (currently down 50% y-o-y), petrol prices down to a pound a gallon. A big component of household expenditure. 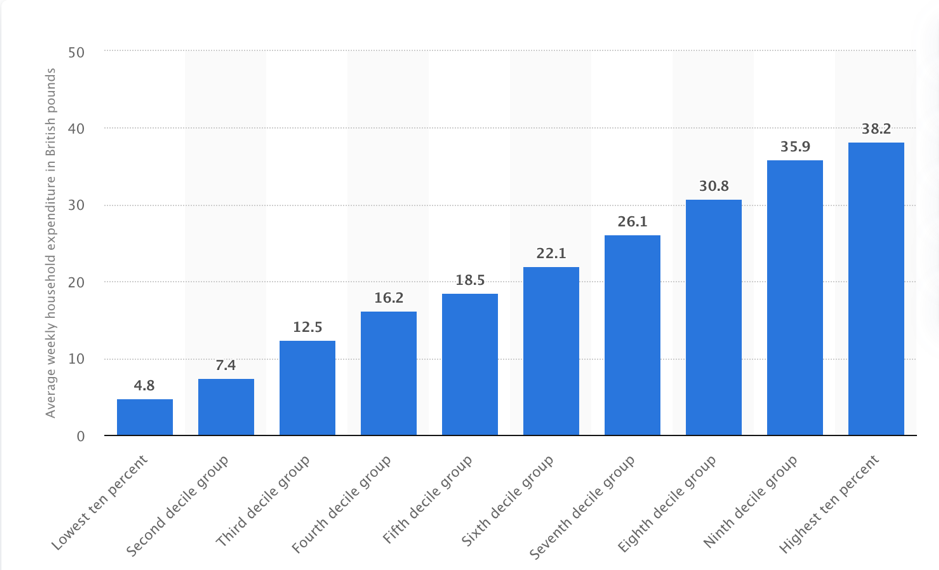 Companies cannot get away with any form of price increases. Much like inflation, deflation can be horribly self-feeding.

Deflation should not be confused with disinflation, which is a decrease in the rate of inflation. Deflation is an actual decline in the price of goods and services. It typically happens in recessions and particularly deep recessions or depressions.

An example of deflation is the Great Depression in the United States that followed the US stock market crash in 1929. During the Great Depression, unemployment reached 25%, and although the output of high production industries such as mining and farming was high, workers were not paid according to their hours. Therefore, consumer spending was extremely low, and people could not afford even basic goods, no matter how low the prices were.

During the Financial Crisis of 2007 – 2008 we had deflation as inflation went below 0%. Now deflation may sound good for us all. Everything gets cheaper, right. How’s that bad news? Problem is that this is normally because the demand is not there. Lower demand equals lower revenue for companies and governments (taxes) and lower revenue can lead to lower requirement or demand for employment. Unemployment equals less income for consumers equals lower demand equals…. It’s a circle with a race to the bottom trying to find a price which will attract consumers.

This all makes it very difficult to invest. Asset prices keep falling causing a loss of interest or confidence in the value of cash, gold, property and most company shares or the broader stock markets.

Normally, government try to fix this dilemma by lowering interest rates to stimulate the economy. This means that investors are drawn to bonds, particularly long dated, as with rates falling bond prices should go up. Today’s problem is that rates are zero to negative. In some cases, governments are actually putting money in people’s pockets, “helicopter money”.

Not great and in itself could be argued deflationary.

We would argue this deflation has been brewing for some time. We can debate the lower cost to consumer benefits of globalization. The benefits the opening of Asia as a source of cheap labor. We can accept that technology is a force for more cost-efficient production. Cheaper prices to the consumer. The internet has been a very effective weapon against inflation. All those good things.

On the bad side, but still deflationary, the Financial Crisis undoubtedly was deflationary and the today is always a part product of yesterday.

But I would argue that we have for the last certainly 10 plus years had too much of a good thing. We have created imbalances in the global inter connected economy which manifested in the difference between global trade and global GDP growth. That tells me we have an over supply versus demand situation and have had for years. Producing too much ever cheaper stuff with not enough buyers of that stuff. Hence the benign inflation outcome we have enjoyed for some years. We are in a period of chronically weak economic growth with a world stuffed full of unprecedented levels of debt and zombie companies growing in number by the day. Dividends are gone and unlikely to return for a while. 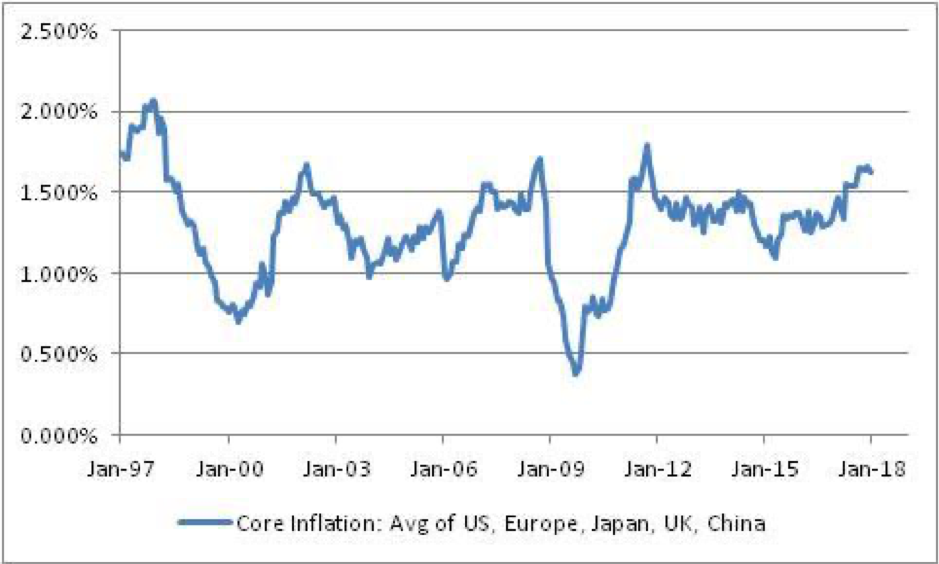 Whilst this deflationary trend may continue for the next year or two, there is an expression, “low prices fix low prices”. In other words, supply / demand equilibrium is found because low prices lead to withdrawal of supply capacity and eventual tightening of to match demand and possibly not meet demand. Then you get scarcity which can equal upward price pressure, upward wage pressure etc. In other words, inflation. I think we are starting to see that. The closure of capacity. Businesses are going bankrupt. That’s capacity.

We may have reached the “day of reckoning” or about to in a few short years’ time and this is important if like me you have that experience of hyperinflation. It’s an “old man” thing.

The world works in economic cycles. As investors we look to attempt to identify where we are in any given cycle and when or what is the next. We are possibly about to enter a new cycle, an inflation cycle. It’s been a while…. more than 30 years plus.

Yes, you’ve been hearing grumpy old men like me telling you that for years. But a broken clock is correct twice a day. We are in a time when broken clocks are everywhere, even ones you didn’t know about. There are some weird and rather esoteric clocks out there.

So why could it be? Two big big ingredients are in place. Yes, we have all those globalization, technology, cheap oil factors etc. These are components but inflation is also a monetary force of economic nature. There is an undeniable link between inflation and the velocity of money. In other words, how many times does money move from one place to another over a period of time (V). How many times is that five pounds used? Then it’s about how many five pounds are in circulation or available to spend (M).

So, the government decides to create that five-pound note. This is Money Supply or M. You buy a beer at the bar; the bar uses that to pay the brewery for that beer. The brewery uses that five pounds to pay the delivery driver. Hence the five pounds becomes 20 pounds in transactions or economic activity. This is velocity of money or V.

Now if the government creates and gives me another five pounds, (M x 2) I will probably spend it again (Vx2). If people have more money, they tend to spend it. Unless like now, you can’t or have no confidence (consumer) because you are worried about the future (job). But typically, we spend it and demand increases.

The barman knows I am going to buy two beers not one. He orders more beer. So, we have increased the money in circulation or money supply and we may have increased the number of times that money is used, velocity. Now prices don’t necessarily go up in this scenario. The brewery just produces more beer. The barman has told them to, knowing he will need more delivered.

But what if the brewery does not or cannot increase its production of beer to satisfy me buying two beers not one? The price of my beer goes up.

In economics this means we need to know what a country or the world is producing in line with these monetary increases. Is the brewery brewing enough? So, we look at Gross Domestic Product (GDP), the sum of the prices of all goods and services. I.e. the price of those extra beers produced. 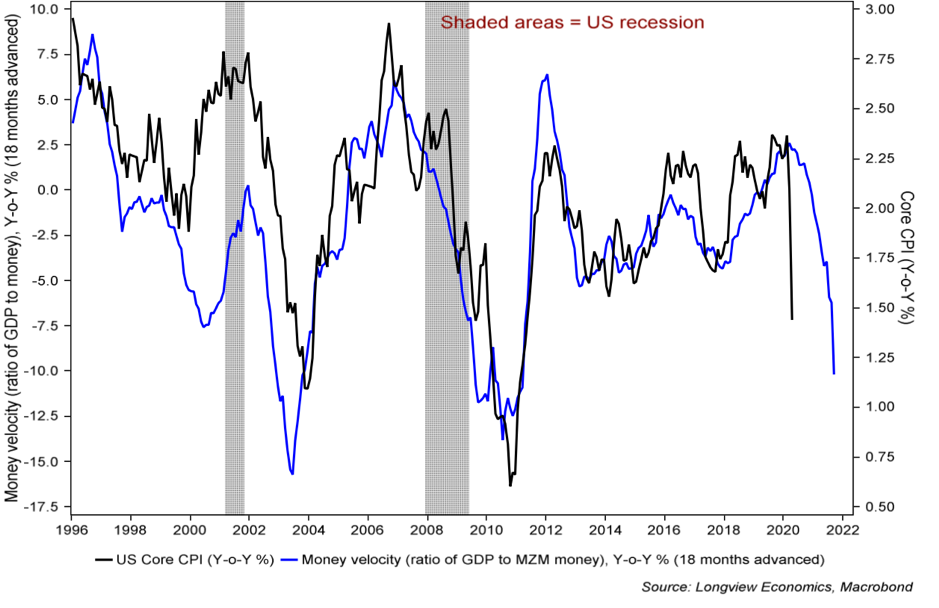 I hear you scream, “so what?” The governments have been pumping money into the system on and off since the Financial Crisis. It’s called Quantitative Easing (QE). No inflation. We have deflation, right? More recently in response to the Covid pandemic this QE has increased by the billions on a daily basis. The world has no activity, there is no growth!

The fact is, we are not spending that additional money. Velocity is very low and has been low for some time. Hence the disinflation and now deflation.

But what if economic activity stabilizes. Even if at a nominal rate of GDP but we have all this additional M and velocity starts to edge higher? Inflation…. boom.

The intended consequence of all this Quantitative Easing is to stabilize GDP and ultimately grow it.

What if velocity increased in a GDP stable world? Inflation?

This set of people typically are something like seven times wealthier than the younger generation after them, Generation X (1965 to 1980) and the Millennials (1981 to 1996). Maybe more. Even after the last few months stock market turmoil boomers are estimated to own 57% of America’s wealth. X’s have 16% and millennials 3%. Why? Property. They or rather we bought in at significantly lower prices. We have also benefited from the past 25 to 30 years of global growth and stock market performance. $100 invested in S&P in 1960 is now worth over $25,000 and adjusted for inflation that’s towards 6% per annum.

So, why are we important. Well we are retiring or about to and in our 10’s of thousands. We are healthier and life expectancy has massively improved since our parents. What do you do when you retire, are healthy/active and have money? You enjoy it and spend it. It doesn’t matter if that is to subsidize our kids. It’s still spending. Healthcare, its still spending.

“BACK TO THE FUTURE” Buy equities, the best hedge against inflation. Believe me, I am a “grumpy old man”. Buy strong defensive, equities. Preferably ones that pay a sustainable dividend. Possibly under distributing. Re invest those dividends and make regular contributions instead of spending all your money on “beer”. That beer could be twice the price in 3 to 5 years’ time. Hope that current conditions stay for a while so you can get more invested……and …. wait…... for compounding and inflation.

The wave is coming. Keep smiling