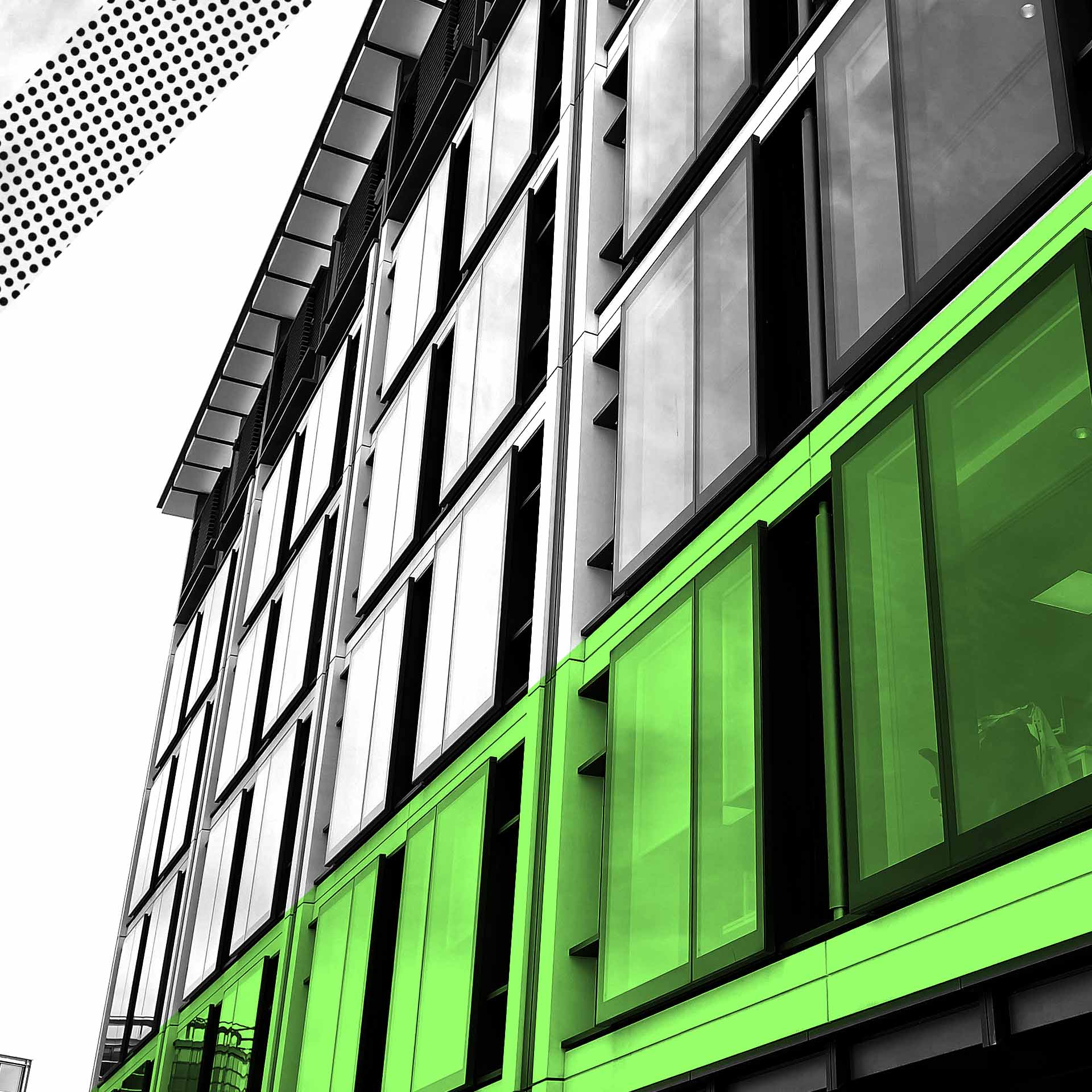 Why Team - Why Jersey?

Individuals face enormous complexity and risk and they pay dearly for privacy, sophisticated and personalised advice to help them navigate and protect their wealth and their loved ones. It does not make sense to then jeopardise that security. At Team we understand why these structures exist, why families need structures and security. We fundamentally believe that our basing investment decision-making, custody, ownership and data in Jersey is aligned with the best interests of our clients and their professional advisers.

The Bailiwick of Jersey is the largest and most populated island in the Channel Islands. Along with Guernsey and the Isle of Man, Jersey is a United Kingdom Dependency whose allegiance to the English Crown has spanned over 800 years of warfare, modernisation and political turmoil. As a Crown Dependency, Jersey is not and has never been a colony or an overseas territory of the UK. Jersey remains one of the best regulated international finance centres and is recognised by independent assessments from some of the world’s leading bodies including the OECD and is a G20 white list approved jurisdiction.

As one of the world’s oldest major IFCs Jersey offers reliability, political and economic stability together with a sophisticated and comprehensive legal system.

It's flexible, independently endorsed regulatory framework, overseen and supervised by the authorities and regulator, the Jersey Financial Services Commission (JFSC) encourages high quality business to the Island. This together with a sophisticated and comprehensive infrastructure of laws and regulations, promotes investor and business confidence and value.

Jersey is close to Europe and has excellent links to London and other major UK cities. English is the spoken and written language. GBP is the local currency.

Jersey is a tax neutral location.

In 1204, King John of England lost the battle of Rouen against the French king Philippe-Auguste. The defeat signalled the loss of continental Normandy, united with the English Crown since the invasion of England by William the Conqueror in 1066. The Channel Islands, part of the Duchy of Normandy for more than 100 years at that point, were persuaded by combination of carrot and stick to side with King John instead.

Among the privileges which the King granted islanders was the right to be governed by their own laws and he instructed them to select 12 men as Jurats together with a sitting Bailiff, to form the Island’s Royal Court. A warden, later to become Governor, was appointed by the King to organise the defence of the Island. This constitutional position, founded on these links with the English Crown and confirmed in Royal Charters by subsequent Monarchs, allows Jersey its own independent legal, administrative and fiscal systems. It is not part of the UK, Great Britain or the EU. Jersey does not receive subsidies from, or pay contributions to, the UK or the EU. It does, however, make voluntary contributions towards the cost of defence and international representation by the UK.

Agreements signed between the UK and Crown dependencies in 2007/8 governing the process of extending international agreements by consent, as well as the approach to the representation of Jersey’s particular international interest, has helped to lay the groundwork for Jersey to forge its own international identity. Jersey has been expanding its treaty network with global partners in limited areas, which is granted by the Crown on an “entrustment” basis. For example, the Island has signed a number of double taxation agreements and tax information exchange agreements with a number of countries to promote transparency and information exchange, provide tax certainty to residents and investors, and to support reciprocal investment.

Despite the occasional media attention, the UK Government has consistently adopted a non-interventionist policy regarding Jersey‘s affairs. The Kilbrandon Report of 1973 stated that the Crown has ultimate responsibility for the good governance of all the Crown Dependencies (including Jersey) and that good government would only be called into question in the most serious of circumstances, such as the fundamental breakdown of public order or endemic corruption in the government, legislature or judiciary.

Jersey and the European Union.

Jersey has a special relationship with the EU. In simple terms, the Island is treated as part of the EU for the purposes of free trade in goods and movement of EU and Jersey citizens but otherwise is not part of the EU. The common customs tariff, levies and agricultural import measures do apply to Jersey. The formal relationship is set out in Protocol 3 of the U.K.’s 1972 Accession Treaty and is now confirmed in Article 355 (5) (C) of the EU Treaties. Jersey voluntarily adopts some EU legislation and the international standards from which they are based.

As stated above, the EU common tariff, levies and import measures currently apply to Jersey. When the UK leaves the EU as a result of Brexit, Protocol 3 will no longer apply. However, the relationship and the cooperation between Jersey and the EU in areas outside Protocol 3, including financial services, are unaffected as Jersey’s status as a third country will remain unchanged.

For the 45 years that the UK has been part of the EU, Jersey has always positioned itself as a good neighbour and a responsible global citizen. This is evidenced through the positive working relationships the Island enjoys with both the UK government and the EU, particularly in the area of financial services. Jersey is a stable, secure and well-regulated jurisdiction that adheres to the spirit as well as the letter of international standards. This was recently evidenced by the establishment of the Substance Laws, demonstrating the Island’s commitment to tax transparency and anti- BEPs (base erosion and profit shifting) Compliance. Jersey has, for some time, had a regulatory framework which meets the EU’s rigorous passport requirements. Brexit, in whatever form, will not affect that and so we fully expect a continued close cooperation between the Jersey and the EU.

The political stability enjoyed by Jersey has to be a positive, especially when there is political turmoil in many parts of the world. Even with the numerous potential permutations of Brexit, the Island is well positioned to help clients weather turbulent waters with minimal disruption, utilising the established and effective trading positions with both the UK and the EU.

In a post-Brexit world, we expect Jersey to do more than just survive, we expect the Island to stand out as a centre of financial excellence - if not enhance it, and continue to serve as a vital pillar of stability that the Jersey’s good governance, strong regulation and genuine expertise provides.

The EU Code of Conduct Group, Substance and Jersey

On 1st December 1997, the Council of the EU adopted a resolution on a code of conduct for business taxation, with the objective of curbing harmful tax competition.

The requirement to show Economic Substance is aimed at preventing “base erosion and profit shifting” (BEPs). This is the artificial movement of profits to jurisdictions where there is little or no economic activity. In other words, “sham” or “brass plate” companies in tax advantageous jurisdictions.

The Economic Substance regulations impose specific substance requirements on those resident companies or entities that undertake and have income or profits derived from activities as defined by the EU as being “geographically mobile”. These include; banking, finance and leasing, shipping, etc. Most relevantly included is fund management. To meet the requirements, a company must demonstrate that;

The commencement of collecting data on the activities of tax resident companies using enhanced tax returns in the relevant jurisdiction began on 1st January 2019. Tax resident companies subject to Economic Substance requirements now need to include details in their tax returns evidencing they meet the above requirements. This information will be monitored and randomly tested.

Non-compliance will result in the exchange of information with the jurisdiction where the immediate parent, ultimate beneficial owner or parent is tax resident.

There are progressive financial penalties for non-compliance. Ultimately, the company can be mandatorily wound up and struck off the register.

In line with economic substance legislation there is also the 5th Money Laundering Directive which basically means that if your structure touches the UK in tax advice, custody and wealth management then the structure will need to be registered in the UK with all the reporting and visibility that entails. This is already a requirement under MFID 2 which Jersey has not adopted where a LEI (legal identity identifier) code is required. This LEI register will become public however if through a Jersey entity then not a requirement.

In conjunction with the more complex requirements it is also more detailed in managing offshore situs asset requirements and there are heavy fines and penalties in getting this wrong. Having an offshore based wealth manager who understands these complexities is imperative.

We believe that being located, regulated and registered in Jersey since 2006, with genuine local activities and clearly satisfying the Economic Substance requirements adds meaningful intrinsic value to the management of assets. Having an understanding of the above complexities is imperative and that is why TEAM is ideally positioned to be of assistance.