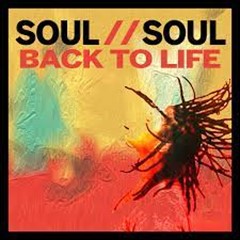 Back to life, back to reality Back to the here and now, yeah

Back to life, back to the present time Back from a fantasy, yes Tell me, now, take the initiative I'll leave it in your hands until you're ready

Back to life, back to the day we have Let's end this foolish game Hear me out, don't let it waste away Make up your mind so I know where I stand

The game is up for GameStop.

The whole GameStop story was fascinating. A story of the “little investor” ravaging the “Big”. In this case Hedge Funds. It was a classic “short squeeze”.

After the market closed last Tuesday, GameStop released fourth-quarter and full-year earnings results that fell short of analysts’ expectations. During the fourth quarter, revenue fell 3.3% year-over-year to $2.12 billion. Earnings per share rose 5.5% year-over-year to $1.34 but was still below analysts’ estimates for $1.46. An 8.2% earnings miss.

The shares dropped 33.8% after its weak fundamentals were put on center stage. Interestingly, the stock did rebound sharply on Thursday, but it ultimately ended the week lower.

The truth was out. GameStop is a low-quality and volatile stock.

In my article, “What Now?” I commented that there was concern over the popularization of and demand for these types of risky investments and the issuance of SPAC’s that could be seen as an indicator of a “hot” market.

Meanwhile in London, Deliveroo delivered the worst stock market debut in the history on the London Stock Exchange. It closed 23% below its issue price.

Personally, I don’t think the two classes of shareholder structure helped. I, and TEAM, would never invest in a company that failed to treat us as equals alongside all other shareholders.

Deliveroo’s two classes allows its founder to retain control. So, basically, you are not a true shareholder.

Other factors such as the company’s treatment of its workers were a cause of concern. Again, the issue of how companies treat their staff is paramount in mine and TEAM’s investment considerations.

Winning investments can be broken down into two components that are not necessarily proportionate in terms of time commitment:

You can buy into the stock market at any time. Some times are better than others, but basically, if you make the right choices (companies) and then take advantage of the greatest natural advantage (the time you can spend holding your investments), then you will make money in the stock market.

The greatest way to create wealth is through the stock market. You are sharing in the success of great growing companies that you in your individual lives are helping grow through your own spending habits.

“Invest in life. Your life.”

In the US, the leader of all global stock markets, year to date, the Dow is up 5% and the S&P is up 2% (both setting all-time highs this week), the Nasdaq is still down 4% after having dipped into correction territory several weeks ago.

The State Street Investor Confidence Index rose from 91.9 to 93.9.

Another way to gauge whether market traders are bullish (buyers) or bearish (sellers) is to look at how much money they are borrowing to buy shares they own.

In the US this is reported under Regulation T and traders can borrow up to 50% of the purchase price. It is called “buying on the margin”. At the current close to zero interest rates clearly this is cheap and plays directly into my favorite market indicator Equity Risk Premium (ERP).

So, if traders are confident, they tend to borrow more and if nervous, they borrow less.

At the height of the pandemic in March 2020 the amount of borrowing or “margin” collapsed by more than 30% and the S&P dropped into the bear market.

Where are we now? As of February, back up to the higher levels. $813,680,000,000 to be more accurate. But whilst this number is historically high in absolute it is not relative to the total value of the S&P.

It would seem traders are pretty bullish. These numbers are released monthly, but I would expect a continuation of the trend.

Clearly, you can make the argument that this level of borrowing is a risk and heightens the potential for a monumental wipeout. But currently these rising margin amounts are coinciding with higher highs. That to me is bullish for the short term.

Though massive levels of margin debt might turn into pain later, for now, it looks like markets will keep moving higher.

The concerns being well publicized by the doomsters and gloomsters of early March were centered on rising interest rates and the negative impact that would have on stock markets.

The headlines were all about the US Treasury 10-year bond yield rising from 0.6% of a year ago to 1.65% today. I think it was the speed of the rise, not the absolute number that got them running for the hills. 1.65% is hardly catastrophic and a long way away from historic averages.

It was perfectly normal and healthy to see record low interest rates last summer with much of the world's economy shuttered. And now, as the economy reopens, interest rates are getting back to where they were before the pandemic.

So, whenever you see the “experts” warning about 1.6% interest rates, ignore them. It is a non-event over the long term.

Related to interest rate is the narrative on inflation. So, I Googled “inflation”. The truth is inflation in the US has not been above 3% since 1990 and nor has it been above 2% since 2010.

By the way, mathematically, 3.1% per annum over 20 years means prices rise 84% over that period. Another reason to invest in secure dividend growing companies. It’s the only way to keep on top of the long term.

The “inflation is coming” argument is that in the US consumers are going to take their stimulus cheques and spend, spend, spend in the physical economy via shopping sprees, holidays, dining out, etc. Such increased demand for these items and services, coupled with a shortage in supply for physical goods thanks to Covid-19 restrictions in the global supply chain, would lead to a huge, albeit temporary, price surge.

Problem? Consumers don't appear to be spending the cheques.

In the US, at its peak in June last year, more than $5.3 trillion was sitting in Money Market Funds. To put that in context, the total market capitalization or value of the S&P 500 is circa $23 trillion.

So much for those shopping sprees, holidays, and fancy dinners.

I think the U.S. consumers believes now is the time to make money, not spend money.

Cash Isn’t King Anymore. Investors have too much of It.

It is estimated that there were 10 million new retail investors in the US over 2020. This trend accelerated at the end of the year.

The retail investor giant Charles Schwab in the States added 1.27 million new clients in the last quarter of 2020 alone.

The retail investor is now estimated to be 19.5% of total US equity trading volumes. Double what it was in 2010.

I am not worried about inflation. It will edge higher but not out of control precipitating anywhere close to historic long term average interest rates. Why?

Because of the ever-expanding deflationary influence of technology. More specifically, the internet and the reinvigorated corporate interest in globalizing supply chains.

I would add to these deflationary pressures, the expanding wealth gap, which will curtail ordinary people’s consumer spending for all things that aren't fine art and jewelry, luxury cars, or multi-million homes, etc.

There is no doom and gloom. We are not standing any closer to the edge of disaster, despite what many pundits would have you believe.

First, we’re in the midst of a strong worldwide economic recovery

I believe the re-opening of the US economy will unleash a tidal wave of pent-up demand and economic activity.

Jamie Dimon's comments last week, in his annual letter to his JP Morgan Chase shareholders, underscored just how strong the U.S. economy looks by saying we could see a "Goldilocks moment" in the economy.

That means big growth, moderate inflation, and low interest rates. Sounds like an ideal scenario to me.

And he suggested we could see a multiyear boom that will last into 2023.

In the U.S., economists are predicting strong GDP growth in 2021. Goldman Sachs is looking for the U.S. economy to grow at 8% this year. This compares to expectations for 8.4% GDP growth in China and 4.7% GDP growth in the Eurozone (personally, I think this number is on the high side).

In China and the Asian region, growth is not coming to a shuddering halt.

Second, sales and earnings momentum are accelerating. According to FactSet, the S&P 500’s first-quarter earnings are now expected to grow 23.3% year on year. First-quarter revenue is anticipated to rise 6.3%.

Third, the Federal Reserve remains accommodative. Fed Chairman Jerome Powell recently stated that the U.S. economy is “much improved” but then added that the U.S. economic recovery was “far from complete.” The Fed have a primary goal of full employment by 2022. Once the U.S. reaches full employment, then the Fed may contemplate raising interest rates, probably in 2024 or later.

US manufacturing is rebounding. It now at a 37-year high.

In the States, jobs are being created. The last numbers showed that an additional 916,000 jobs were added.

Plus, you have $1,400 of Covid cheques going into a large number of American bank accounts.

The US economic recovery is robust and will carry on through 2021/22. Maybe beyond.

The European Central Bank, the Bank of England, and the Bank of Japan, who alongside the Federal Reserve form the G4, have all pledged to carry out similar policy.

According to Morgan Stanley estimates, these central banks are expected to increase their balance sheets by a massive $12.8 trillion from the end of 2019 to the end of 2022.

Lastly, there are large technology driven companies that are profoundly changing the way we live. The way we order our groceries, the way we spend leisure time, the way we work and the way we communicate. Broadly, these companies are making the world healthier, cleaner, faster, cheaper and better.

These innovators will continue to change the world over the next decade, regardless of what happens with yields over the next few months. These companies will unlock significant economic value throughout the 2020s.

They won't stop changing the world because yields are rising or inflation goes higher.

So, in my opinion, it’s easy to see that we shouldn’t experience a market crash this year.

With that said, the stock market does have a 10% correction every year or so. We saw this with the NASDAQ recently. On the 6th March, a couple of weeks ago, Nasdaq officially entered a correction, meaning it's down at least 10% from its most recent high (it's been down nearly 12% since).

Those investors who “stay the course” will see huge valuation gains in the long term.

I keep returning to ERP and WITA. What Is The alternative.

Back to life, back to the day we have

Hear me out, don't let it waste away

The old adage of a ‘rising tide raises all ships,' has sailed already. Virtually everything bounced up from the pandemic lows.

To beat the market going forward, you're going to have to be far more discerning.